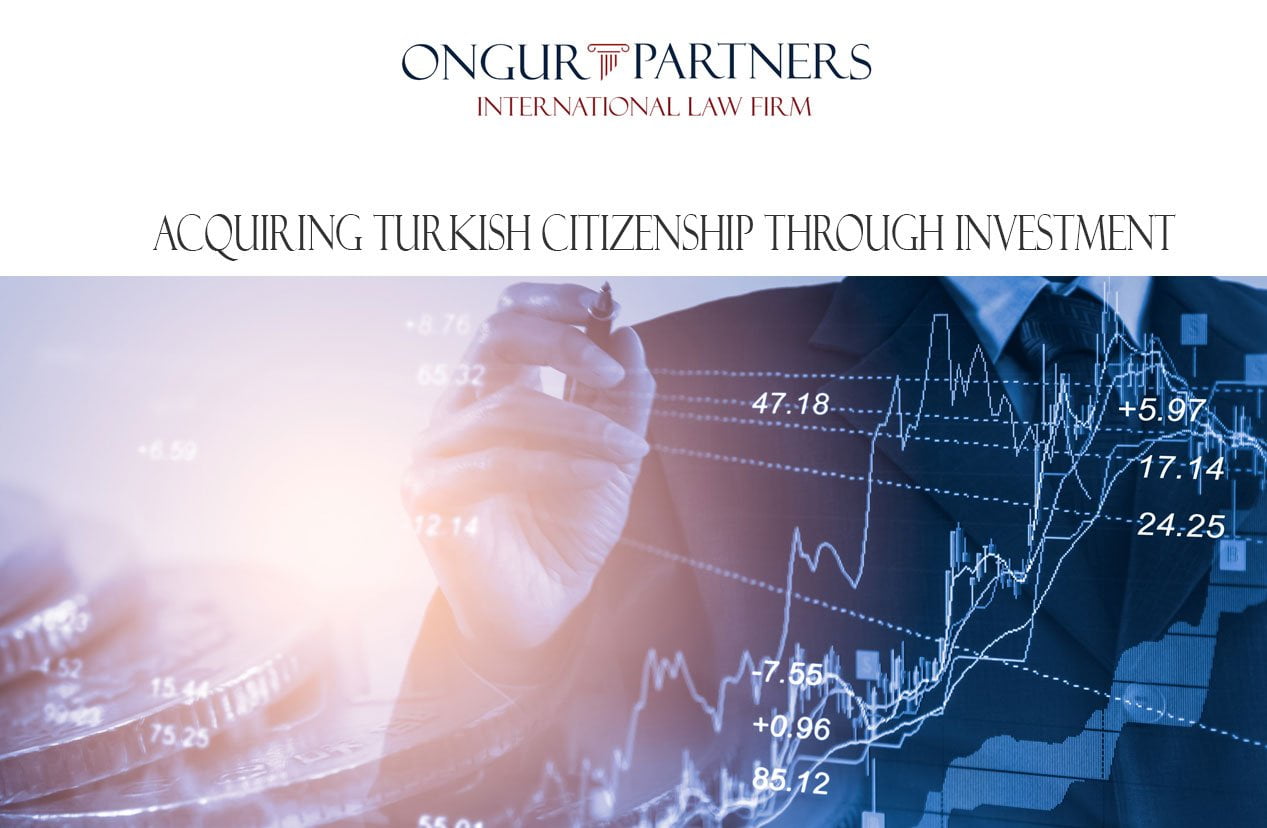 Although it had been possible to acquire Turkish citizenship through investment before 2016, there were no certain criteria for those who were planning to invest in Turkey. After the second half of 2016, by issuing the International Workforce Law No.6735 and amending the Law on Foreigners and International Protection, as well as the Regulation on the Implementation of the Turkish Citizenship Law, the required amount of investments and the minimum price of real estates have been clarified for potential investors/buyers to acquire Turkish citizenship. In addition to that, a new practice named Turquoise Card has been introduced, which provides foreigners the opportunity to obtain work and residence permits for an indefinite period of time. These regulations explained below could be regarded as a means to attract foreign investors and skilled foreign labor to Turkey.

According to the amendments in the implementing regulations of the Turkish Citizenship Law which was published on 12.01.2017 in the Official Gazette, foreigners who are eligible to obtain Turkish citizenship are those that:

According to Article 11 of the Law on International Workforce No. 6735, the foreigners, who are granted the “Turquoise Card” can also obtain Turkish citizenship, together with their foreign spouses and dependent children subject to certain conditions specified in the Regulation on Turquoise Card. Turquoise Card allows foreigners to obtain certain substantial rights, especially work and residence permits for an unlimited period of time. The foreigners who can be granted Turquoise Card are chosen based on the foreigner’s level of education, contribution to science and technology, professional experience, and the contribution of his/her investment to Turkish economy and employment.

As per the Turquoise Card Regulation published in the Official Gazette dated 14 March 2017 and numbered 30007, Turquoise Card may be granted to foreigners who;

Turquoise Card applications in Turkey are made directly through an electronic system called the Foreigners Application, Evaluation and Monitoring System. The applications abroad must be made to Turkey’s embassies and consulates in the foreigner’s country of citizenship or legal residence.

When making the application through the system, the following documents must be uploaded to the system:

d.1) foreigners considered as qualified workforce: diploma, employment contract, CV, letter of appointment or assignment, internationally recognized documents and the like, certifying professional experience and foreign languages other than the native language,

d.4) reputable foreigners at the national and international level in cultural, artistic or sports activities: documents certifying their successes,

d.5) foreigners contributing to the promotion of Turkey or its culture internationally:  documents related to activities performed internationally as a Turquoise Volunteer, documents certifying literary and artistic works, publicity activities and its duration and sustainability,

(a) have no obligation of compulsory military service,

(b) have no right to elect and be elected or to enter into public service,

(c) without prejudice to acquired rights with respect to social security, are subject to the same provisions in benefiting from these rights,

During the transition period which consists of 3 years, the Ministry of Labor and Social Security is to investigate the information and documents that constitute the grounds for granting the Turquoise Card. Therefore, the grounds must remain valid throughout this period. As long as the foreigner as well as his/her family have the Turquoise Card, they reserve the right to apply for Turkish citizenship based on the recent amendments made to the Regulation on the Implementation of the Turkish Citizenship Law.

In conclusion, the introduction of regulations which enable the acquisition of citizenship through investment can be considered a significant step in attracting both investors and qualified workforce into Turkey. Nevertheless, it should be kept in mind that the above outlined citizenship processes can be lengthy and detailed, which require competent legal assistance by experienced Turkish lawyers, who can expertly guide and support foreign clients in their Turkish citizenship applications.