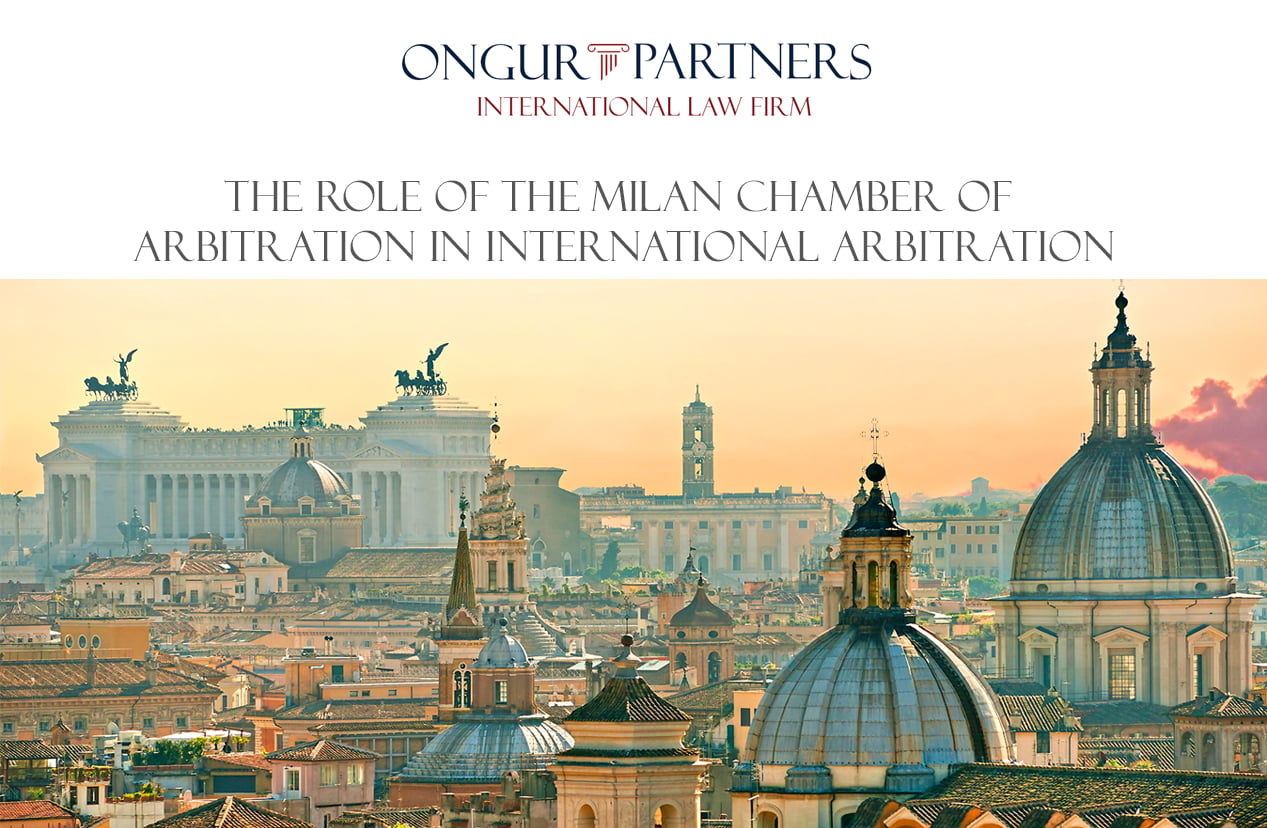 The Role of the Milan Chamber of Arbitration in International Arbitration

THE ROLE OF MILAN CHAMBER OF ARBITRATION IN INTERNATIONAL ARBITRATION

Nowadays, international trade has increased in terms of both intensity and volume, and in parallel to this increase, it is observed that the legal disputes between the parties have also been in an upward trend. On the other hand, due to the dynamic nature of commercial life, resolution of the legal disputes between the parties -in the fastest and most effective way- is frequently requested. In light of all these developments, the demand for alternative dispute resolution methods which are faster and more flexible than state courts, that have an excessive workload due to various factors, is increasing, especially in the context of international commercial disputes.

It is sayable that international arbitration, which aims to ensure a rapid, practical and fair resolution of international legal disputes, is the most commonly used method in alternative dispute resolution methods that include reconciliation, mediation, etc.

The Milan Chamber of Arbitration, that established within the “Camera di Commercio di Milano Monza Brianza Lodi” (Milan Chamber of Commerce), is a deep-rooted institution that has been serving since 1985 on the resolution of commercial disputes, that occurred both inside and outside of Italy, by peaceful means. This institution mostly specializes in commercial dispute resolution and it operates by the principles of neutrality and transparency. Without prejudice to the eccentric circumstances, the Chamber conducts its proceedings under the Arbitration Rules (2010). Milan Chamber of Arbitration, that has two bodies in the form of the Arbitral Council and the Secretariat, also provides material and publications for those who wish to develop their knowledge and keep up-to-date in the field of alternative justice through “the Research and Documentation Centre G. Schiavoni”.

Considering the developments in recent years, it’s observed that Italy-Turkey relations are very strong in both political and economic mean. In this context, it’s considered that sharing of the below data of the Ministry of Foreign Affairs of the Republic of Turkey is beneficial;

1. Turkey’s economic ties with Italy are very strong. In 2017, bilateral trade volume increased by 11.1% compared to the previous year and it reached approximately 20 billion Dollars.

2. Italy was Turkey’s fifth-largest trading partner in 2017 and -among all countries- it ranked sixth concerning Turkey’s exports. Besides, Italy was the fifth country that Turkey most imports from.

3. By the end of June 2018, 1.432 Italian companies were active in Turkey and Italy ranked 11th with respect to the foreign companies operating in Turkey.

5. Within the January-September period of 2018, bilateral trade volume increased by 5% compared to the same period of the previous year and was realized as 14 billion 946 million Dollars.

6. The bilateral trade volume figures with Italy are targeted to increase to 30 billion Dollars in 2020.

7. The first meeting of the “Joint Economic and Trade Commission” (JETCO) was held in Istanbul on February 22nd, 2017. The following meeting is expected to be held in Italy in the coming period.

The above-mentioned figures and information give important clues about how large the trade volume and capacity between Italy and Turkey are. Additionally, the fact that the Italian Chamber of Commerce in Turkey, which is an association based in Turkey, has more than 700 members -both Italian and Turkish- also reveals the extent of the commercial relationship between the two countries.

 The data shared here was received from the official website of the Ministry of Foreign Affairs of the Republic of Turkey on 19.02.2019. For more detailed information, please see; Web: http://www.mfa.gov.tr/